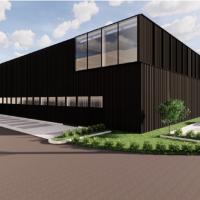 Hittech proudly announced that the supervisory board of Hittech has released the extension plans of Hittech Multin at the Ypenburg industrial estate in the Hague.

Since its move to the new Ypenburg site in 2016, Hittech Multin has been very successful on the market and has grown substantially both in turnover as in organization size. The extension plans therefore come as a logic next step in Hittech’s ambitions to be a leading system supplier in the High tech industry.

Just like the original Ypenburg building, the new extension has been designed by EGM Architects and will more than double Hittech Multin’s cleanroom surface to 1300m2. The warehouse facilities will be substantially enlarged and 100m2 of additional office space will be created.