Fieldlab „Flexible Manufacturing“: the ability to switch between large and small series quickly (this interview has been written for the Hannover Messe 2017)

Batch size 1 and mass customisation – these trends represent a real challenge for manufacturing companies and their suppliers because they have to manufacture ever smaller series without increasing the cost per unit. That’s where Dutch field lab “Flexible Manufacturing” comes in. “One solution is the further integration of robots and smart sensors in production processes. Manufacturing needs to be as fully automated as possible in order to minimise downtime due to conversion work. This is the only way to ensure that the market’s requirements are fulfilled”, explains John Blankendaal, Managing Director of the supply network Brainport Industries located in the Netherlands. In order to achieve that goal, researchers, companies and organisations work together in the field lab.

The name says it all really: the research team of the “Flexible Manufacturing” field lab aims to develop solutions through which both small and large series can be manufactured with the same degree of efficiency and automation – the aim is to achieve maximum manufacturing flexibility. “We have discovered that there is a growing demand for small production runs, which is due to increasing customisation. This means that there are more and more variations of individual machines and consumer goods. That’s why we set up this field lab through which we want to help industry become more flexible in terms of production”, says Henk Kiela, Professor of Applied Mechatronics at Fontys University of Applied Sciences in Eindhoven, the Netherlands.

Along with Brainport Industries and the Netherlands Organisation for Applied Scientific Research (TNO), Fontys University of Applied Sciences is one of three partners, which have been working intensively on this subject since mid-2015. After the field lab finally completed the approval procedure in December 2016, other partners got on board – amongst them the electronics giant Philips and Oost NV (East Netherlands Development Agency).

One challenge in particular is the focus of attention in the “Flexible Manufacturing” field lab: How can machines and robots be reprogrammed as quickly as possible so that downtime can be kept to an absolute minimum? The most important goal is to minimise the duration of production stops. “Companies benefit in many different ways from shorter lead times. They can also accept smaller orders at short notice and don’t suffer any loss of revenue due to long periods of downtime”, says Kiela.

For some years now he has been noticing that the demand for small production runs in the high-tech industry has been growing. “In the automotive industry, global demand is continuing to grow but at the same time there are more and more variants of individual models that require special parts. As such, suppliers are receiving several small orders instead of one large order”, Henk Kiela continues. Up until recently, the rule of thumb had been: the smaller the series, the more expensive the unit. However, customers are no longer willing to accept that.

Soon after it started, the field lab was already seeing success: firstly, together with three companies, the researchers have developed a production management system which is run using mobile robots. Secondly, companies have already got considerable momentum which will give them an advantage in terms of international competition in the future.

The common belief is that robots take people’s jobs away, but “Flexible Manufacturing” hopes to achieve exactly the opposite, as Professor Kiela explains: “Skilled workers who are capable of handling robots will be needed. What’s more, existing staff can be better deployed according to their strengths. This will in turn also increase competitiveness.” 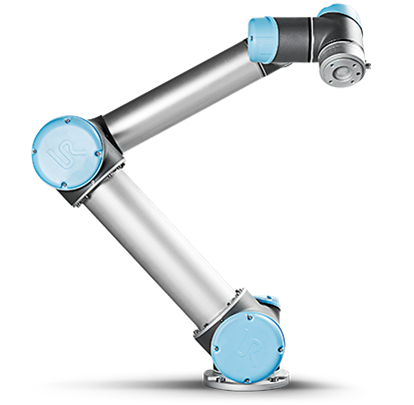